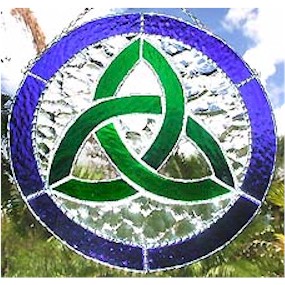 A Nick in Time
Summary: Cautious Snape sleeps with his wand under his pillow and wakes to unexpected results. Written for SSFF Third Wave.

Growing Pains
Summary: Sequel to A Nick in Time. Severus and Harry deal with the changes in their lives that are brought about by the friendship they forged in A Nick in Time.

Until Proven
Summary: When Severus Snape is accused of molesting a student in detention, Professor Harry Potter comes to the rescue.

The Quality of Mercy is a Duncan/Methos zine I put out in 2002. It picks up at the end of the Byron episode and takes Duncan and Methos along a different path than that shown in the series. My Deepest thanks to Kath Moonshine for the incredible edit job.

The stories in that universe are as follows:

The Quality of Mercy
Summary: Duncan and Methos attempt to work out their differences after Byron's death.

Drawing the Line
Summary: Duncan attempts to learn more about his new lover and fit this new relationship into his life.

For What It Is
Summary: Can Duncan and Methos' love weather the return of Amanda?

Courts of Honor
Summary: An old victim of Methos' Horsemen days seeks his revenge upon the man known as Death.

Aftermath
Summary: Duncan and Methos come to terms with the events of Courts of Honor.

The Envy of Angels
Summary: Duncan and Methos' first Valentine's Day together brings some surprises.

To Drive Away the Winter Cold
Summary: Atlantis' first Christmas while separated from Earth.

Tidings of Comfort and Joy
Christmas finds the team exploring an Ancient outpost, with unexpected results.

Catch a Fallen Star
Bodie's search for his kidnapped partner leads to some unexpected discoveries.
Novel published by Crowrow Productions in 2003.

His Reply
Poetry leads Doyle to a better understanding of his partner.
Circuit story written in early 80s.

Double or Nothing
A routine undercover assignment leads to some interesting discoveries.
Circuit story written in early 80s.

Renegade Souls
A sequel to Renegades.

Bed of Silence
K/S AU. First published in Out of Bounds

The Pandora's Box Affair
Summary: This novel is a sequel to the UNCLE Reunion Movie. It suggests a unique explanation for Illya Kuryakin's aversion to the opposite sex.

The Only on the Holidays Affair
Summary: A view of Napoleon and Illya's first three years together.

The Arctic Nights Affair
Summary: While on a training mission, Napoleon Solo is faced with the hardest challenge of his career – prolonged celibacy.

The Similar Features Affair
Summary: The old adage 'Be careful what you wish for' is proven true with a vengeance.

The Prisoner of Love Affair
Summary: A night out on the town leads to some interesting revelations.

Intimations of Intent
Summary: Jim Ellison comes to some disturbing realizations about his feelings for his Guide.

Mother Knows Best
Summary: A visit from Blair's mother forces both partners to examine their lives. Sequel to Intimations of Intent.

Freefalling
Summary: Blair and Jim work out their problems after their Peru adventure. Sequel to Intimations of Intent and Mother Knows Best.

Curve Balls - Written for Tabby's Memorial Zine, Leave a Light On, in 2006

Befogged – First published in the zine Timeless in 2004.

The Right Beholder - This story was originally published in Dreamers, put out by The Idiot Triplets Press in 1999.

Fireside Interlude - This story was originally Indigo printed in the multi-media zine Indigo Boys #2, and reprinted in the S/H zine The Stories of Starsky & Hutch in 1998 by In Person Press.

The Hopeless Ways of Fools - This story was originally printed in the multi-media zine Indigo Boys #2, and reprinted in the S/H zine The Indigo Stories of Starsky & Hutch in 1998 by In Person Press.

Eclipse - This was published in Crystal Blue Persuasion in May, 1997 by Asbestos Press.

An Even Tighter Closet - This story appeared in the zine Cross the Line, published by The Idiot Triplets Press in 1997.

End of the Line – This story was originally printed in the S/H zine Turned to Fire, published by Idiot Triplets Press in 1994.

Home Front - Originally published in the Starsky & Hutch zine Nightlight 2, in 1991 by In Person Press.

After Resurgences - Originally published in the Starsky & Hutch zine Penal Code 2, in 1990.

A Bargain at Any Price - Originally published in The Fix #7, In Person Press, October, 1989.

Balance Due - Sequel to A Bargain at Any Price. Originally published in The Fix #8, Amapola Press, July, 1990.

Journey's End - This story was first published in the zine, Tongue In Cheek, June 1988.

The Last Charade - This story was originally featured in the Starsky & Hutch zin Who You Know, What You Know, and How You Know It in l983.

What's A Partner For? - This story was originally published in the S/H zine Trace Elements in 1982.

A Virgin in These Woods – Sequel to What's A Partner For. This story was originally published in the S/H zine Trace Elements in 1982